The Council of Nicaea and the God Puzzle 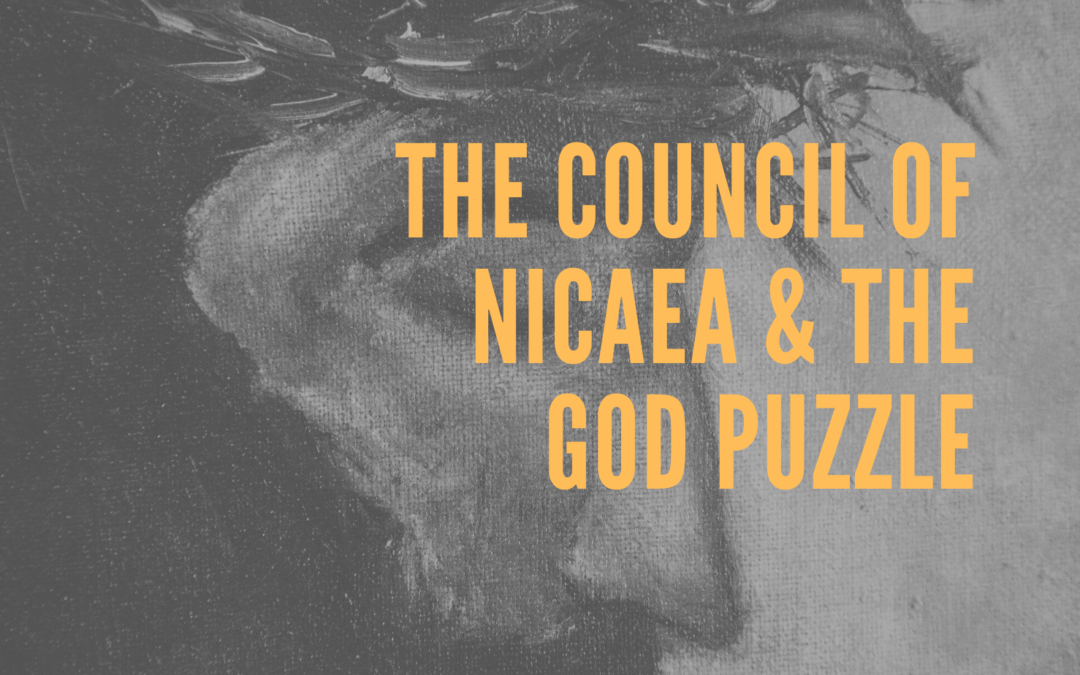 “I believe in one God, the Father almighty…”

Every Sunday we say these words. They’re part of what’s called the Nicene creed. It was mostly written in 325 AD in modern day Turkey. A large group of bishops got together in a city called Nicaea to settle some debates that were going on regarding Jesus. This creed is what they wrote. Though it may seem a little esoteric, knowing a bit more about the history of these debates and the creed that was produced can help shed some light on the nature of God.

In the early part of the fourth century, Christianity was made legal throughout the Roman empire by Constantine. This marked a big moment for the Church. Christians now had the leisure to sit back and think through some of the puzzles of Christianity. Foremost among these puzzles was Jesus: how do we reconcile Jesus’ divinity with the clear teaching in the scriptures that God is one? Christ taught that he was God, he demonstrated signs of his divinity, and the witnesses to his life passed on that, yes indeed, Jesus is God. But Jesus also prayed to the Father. Jesus was also a man who suffered and died. How do we explain all of this? How do we solve this puzzle?

During this time, there was an influential priest (or deacon, we’re not sure) in Alexandria, Egypt. His name was Arius and he had strong opinions about the puzzle. Arius was devoted to the scriptural teaching that God is one. He was also well educated and understood that God is transcendent; God is not a thing within the created universe. Putting these together, Arius concluded that the Son could not be equal to the Father (or else we would have two gods). And certainly it was not God who became man (or else God would not be transcendent). Instead, Arius reasoned, the Son was created by the Father to be an intermediary between the rest of creation and Himself. As an intermediary being, the Son was responsible for creation and for our redemption, but he is not equal to the Father nor is he eternal like the Father is.

This would certainly solve the puzzle, but it would introduce many more issues. For starters, if Jesus isn’t actually equal to the Father, then how do we make sense of Jesus’ own claims to be equal to the Father? Also, if Jesus is not God but rather another creature, how could his death possibly do anything for us? So Arius’ solution came with a lot of baggage, baggage that many in the Church sensed was simply incompatible with scripture.

Now, there were certainly more people involved in this debate. But one of the most important figures to go up against Arius was a bishop named Athanasius. Athanasius not only championed the truth about Jesus. The way in which he went about solving the puzzle was quite mind-blowing.

But it wasn’t enough to simply assert that this is what scripture says. Without a way to reconcile the divinity of Jesus with the oneness of God and the transcendence of God, people felt compelled to follow Arius. They would simply have to find a different way to interpret scripture, as difficult as this may be. And so Athanasius had to address the puzzle.

Athanasius takes on the puzzle

Arius came to the puzzle with Greek philosophy, namely, a form of platonism. This philosophy led Arius to begin with an abstract notion of God as transcendent, unchanging, unknowable. Looking at Jesus, then, Arius did not see a way to reconcile Jesus’ limitations, suffering, and death with such a transcendent God.

Athanasius took a different route. Instead of beginning with an abstract idea of God and trying to make Jesus fit into it, Athanasius began with Jesus. He argued that our understanding of divinity must first be informed by the “scandalous” aspects of Jesus’ existence. Far from conflicting with the nature of God, Jesus’ limitations, suffering, and death actually serve to reveal the very nature of God. What is God, in other words? God is merciful love who will go to the extremes of suffering and death to save humanity. God is most certainly transcendent; he is not a thing within the universe. However, this does not mean God is remote. While remaining transcendent, God also chose to descend and make himself present within creation, taking on a human nature, suffering, and dying to save the lost. Why would God do this? Because merciful love does such things.

The bishops at Nicaea sided with Athanasius.

So according to Athanasius’ reasoning, we see that Jesus is equal to the Father from the way Jesus acts and from what he teaches, as well as from the way the apostles and scripture speak about Jesus and God. And we begin to see how the transcendence of God can be reconciled with the weaknesses of Jesus when we base our thinking about God on Jesus. The transcendent God is self-abasing, merciful love.

Sometimes we approach prayer with our own ideas of who and what God is. Oftentimes, unfortunately, these ideas come from our own imagination, popular culture, philosophy, or our experiences of authority figures. We then – consciously or not – try to fit Jesus into these ideas, much like Arius tried to fit Jesus into his philosophical idea of God. Instead, Athanasius and the Council of Nicaea invite us to form our image of who and what God is by looking first to the life of Jesus Christ. Jesus, especially on the cross, fully reveals the character of God: “God is love” (1 Jn 4:8).